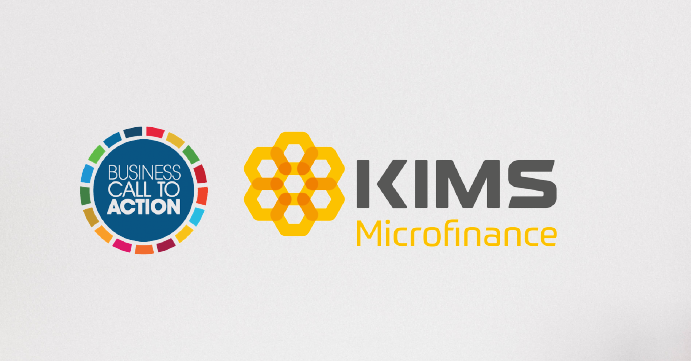 KIMS Microfinance, Somalia’s leading microfinance institution, is proud to announce their joining as a member of Business Call to Action (BCtA), demonstrating the company as a global leader in inclusive business and commitment to achieving the United Nations Sustainable Development Goals (SDGs).

Launched by the United Nations in 2008, BCtA aims to accelerate progress towards the SDGs, by challenging companies to develop inclusive business models that foster socio-economic inclusion in developing countries. Working in over 73 countries, with more than 280 companies, from multinationals to social enterprises, BCtA members have continuously provided commitments to improve the lives and livelihoods of millions in developing countries through providing access to markets, financial services, affordable healthcare, water and sanitation, education and other critical services.

As Somalia begins to emerge from the devastating civil war that has decimated local institutions over the past two decades, the absence of a formal banking sector has led to a reliance on the $1.4 billion in diaspora inflows facilitated by remittance companies, which accounts for ~23% of GDP. In 2020, GDP per capita was $309, compared to the average of $1485 for sub-Saharan Africa. 73% of the population live in absolute poverty, 80% in rural areas while youth unemployment is estimated to be 75%.

Financial market infrastructure, whilst returning in Somalia, is still in its infancy, with only 13 banks and 3 large microfinance organisations in operation, therefore providing plenty of scope for expansion. However, access to capital remains the major limiting factor, specifically for micro and small enterprises (MSEs) who remain underserved by the formal banking sector. It is estimated that fewer than 5% of Somali MSEs financial requirements are being addressed, equating to a market of over 2 million unserved or under-served enterprise clients across the country.

Since launch in 2014, KIMS has contributed to economic and social development in Somalia by providing high-quality Sharia compliant microfinance services to MSEs via Murabaha financing and a complimentary savings product.

KIMS is Somalia’s microfinance market leader with a current active portfolio of more than 5,200 MSE clients worth $2.4 million serviced via a network of 9 branches throughout the Somali Federal States and Banadir Regional Administration. Since its launch in 2014 KIMS has provided more than $26 million in financing to over 27,000 clients. This financing is estimated to have created or sustained more than 25,000 jobs across the country, over 70% of these being for low-income women and youth.